If you’re into accessorizing your DSLR or studio lighting, then you definitely came across the Pixel name already.

Most famous for their King series of TTL wireless triggers, which brought this technology to an affordable price point, Pixel now brings us a fully featured flash gun with one of the highest GN on the market, ready to compete head to head with Canon 600EX and Nikon SB910, and the wide variety of high end flashes available from third party manufacturers.

This review, initially based on firmware E7A 003 and updated with the mass production version E9N 004, will show how it measures up to its very impressive (and some unique) specs, as well as the tough competition from Nissin, Godox and Yongnuo, 3 names to be reckoned with when it comes to speedlites.

With the Mago, you get your usual high end TTL speedlite features:

Some of the uniques features which Pixel hopes will set it apart from it’s competition, are:

The Mago comes in a small colorful box, wrapped in its soft case, inside an air padded bag, which I liked a lot. The package contains a plastic diffuser and a flash stand, which also has a slot for Sony’s old shoe type.

The build quality is impressive from the first touch, I remember having thought the same thing when I unboxed the Godox Ving 860C, and the Mago is better in every way. The head has just enough resistance to be positioned (by feel) precisely without too much effort and concentration. Buttons have solid feedback, the plastic feels of good quality, the rubber covers are easy to move aside and be closed firmly in place. Nothing flimsy about it anywhere, it looks and feels ready for battle.

You can already tell I really like this flash. Simple to use, despite it’s large array of features, well built and feels dependable, just gets out of the way and let’s you do your thing.

The hot shoe locking mechanism is smooth and keeps the flash firmly in place. The rubber protector is a welcome feature, seen only on the high end Canons and on the Phottix Mitros, together with the locking mechanism feels and looks remarkably similar to the Canon build. On top of the older 5D it was just a little loose, but on top of the Rebel it didn’t move at all.

If you have an earlier version Mago (firmware ver E7A 003), i suggest downloading one of the X650C versions here.

What I like most about the Mago, is the feel of the head while you turn it. No need to push any buttons to start moving it into a different position and it offers enough resistance not to be moved by accident. Here are a couple of pictures of Noa playing with her Pinnochio puzzle, which i snapped with the head turned to the left and bounced from the floor. Positioning the flash for the bounce i envisioned was completely effortless and without taking the eye off the viewfinder. 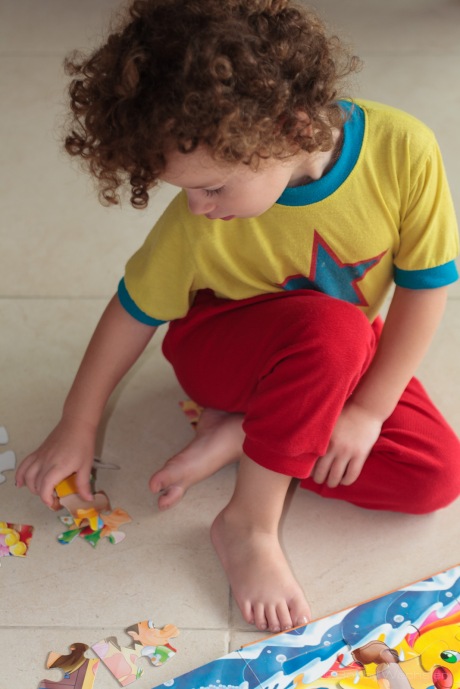 I find this to be one of the most important characteristics of a flash gun, I am a heavy user of the bounce and swivel feature and I dislike having to push another button just to move the head into the position I want. I have missed a lot of pictures fiddling with the Nikon SB800, the Nissin Di-700 and an Olympus FL36 (which has separate buttons for bounce and swivel movement!!!) and failing to push the head unlocking button while shooting, so I definitely prefer this configuration that allows you to work freely.

The back panel has a similar layout to the Canon 600EX, with a mode button to the left and 5 buttons under the display which change their function as it appears on the display just above them, depending on which mode/setting is selected. The buttons have good feedback and are not very soft. The ON/OFF/LOCKED switch takes a little effort to operate, I like that, no chance in bumping it accidentally. The selector wheel is easy to turn with the tip of the finger and you can feel the clicks very clearly, audio confirmation is available with every click as well. 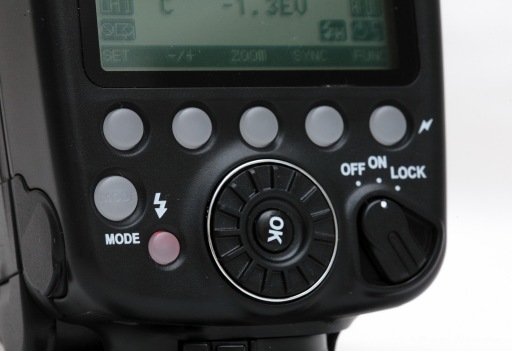 Ready light is red, charging light is green, as is with all chinese flahes. I don’t get that, but you get used to it.

The display is high res and very clear, all of the flash settings and functions are visible all the time, I like that a lot. I also like that you don’t need to dive into the menus to changes features such as audio confirmation and sleep timer, you just click the FUNC button and cycle through this settings, to change them using the selector wheel.

It takes around 5 minutes to find your way around the flash settings and how to work them without a manual, I have the impression that a lot of thought was put into the design and functionality.

There is no weird “Custom functions” Menu like with most flashes, you can change features like audio warning, AF assist, display backlight off timer and sleep timer just by circling through the FUNC menu on the right side of the screen. Simple and the setting is always visible.

FEC and FEB are very easy to set up, press the “+/-” button once for FEC and use the selector wheel to change it (then either go on shooting or press “OK” to set. A second press of  “+/-” will take you to FEB which is set in the same manner. What i couldn’t figure out was how to change the order of the bracketing, which seems to be under-metered-over.

A long press of the FUNC button with take you to the Wireless menu on the left side of the display, and the far left button will now circle through the wireless menu settings. The last setting on this menu is switching the master flash light on or off. Very simple to operate if you are familiar with Canon’s wireless set up, it is as easy as working a Canon camera wireless menu. Upon switching to slave mode, the sleep timer defaults to one 1h time with no possibility to change it.

The Mago has full compatibility with the 600D which i used for some of the testing, you can change all the wireless settings from the camera menu as well as from the flash menu.

The battery indicator is a great thing to have. The Mago’s takes up to 15 secs to show up (when batt are low) after you turn the flash on and it seems to be reasonably accurate.

TTL exposures under tungsten lighting in my living room are great and fairly consistent. Straight on or bounced around, the pictures look great without needing any compensation. Here are a couple of Noa and Liya taken with 0 FEV: 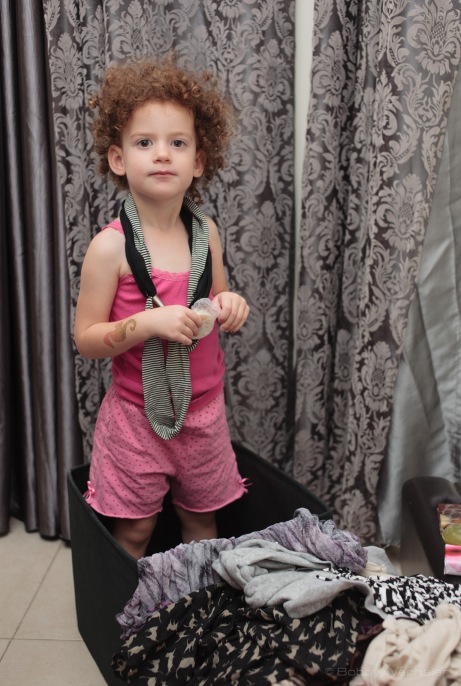 Lots of power is available. Recycling is fast and on par with the other high end flashes I use, except of course the Godox, thanks to it’s Li-Ion battery. That thing just never dies.

During normal use (which for me is running after my girls around the house and snapping away), it was a joy to use and it kept on popping whenever i needed it to.

The LED lamp will be very useful for photographers looking to grab quick videos. I’m not a video guy, but i’m sure many out there will appreciate not having to carry a different source of light (or a separate rig altogether) if they plan to shoot video as well. It will be especially useful for wedding photographers who do it all.

I took it to my daughter’s kindergarten party, the kind of event that puts a flash to good work, for around 350 shots. Under mixed fluorescent light, the exposures were less consistent, but it performed reasonably well. Again, lots of power available and it didn’t even seem to break a sweat. I can safely say that as far as user experience goes, the Mago is my top choice.

In summary, this is a refined product that surprised me in every way, and Pixel seems to be very responsive to support inquiries. The King triggers have built the company a good reputation and i am confident the Mago will mature into a very solid product. Given the build quality and the impressive set of features that it offers, together with it’s low price, it really is a top choice over it’s competitors.

If you would like to purchase, i suggest going factory direct via an email request to retail@pixelhk.com. This way you make sure you will get the best warranty support. 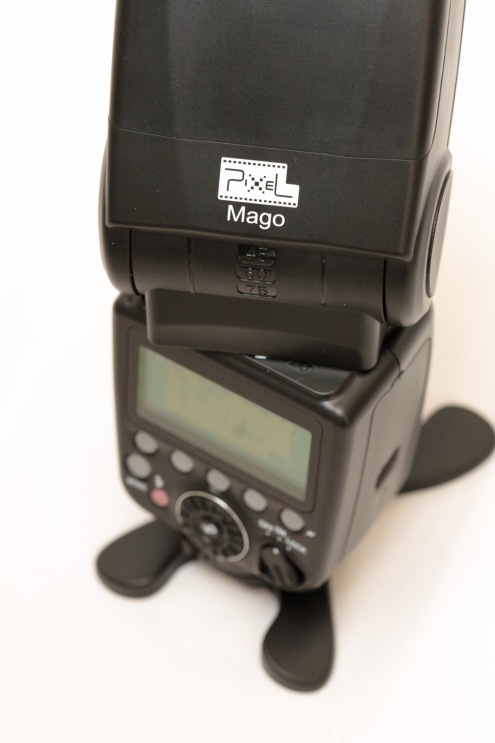 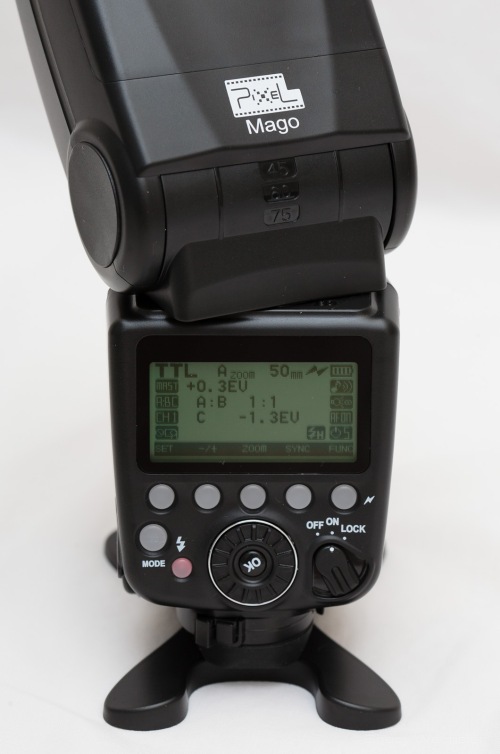 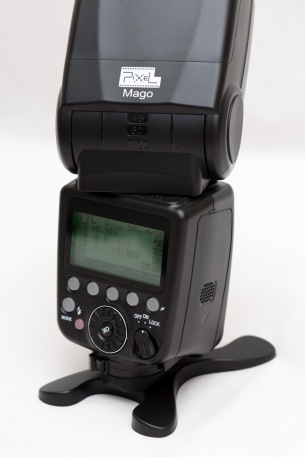 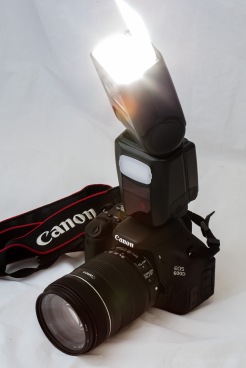 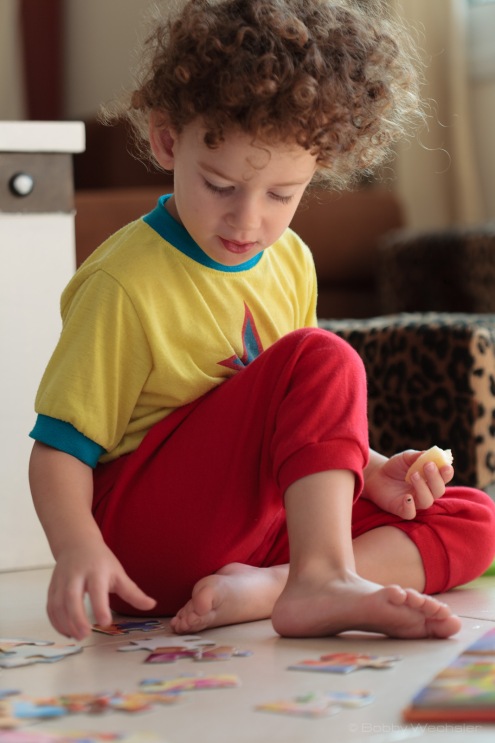 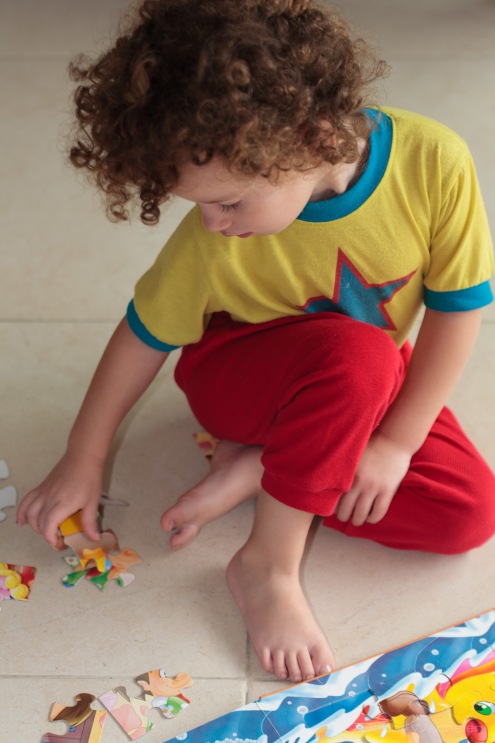 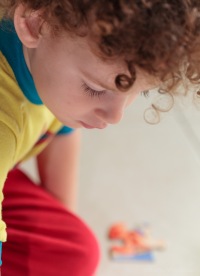 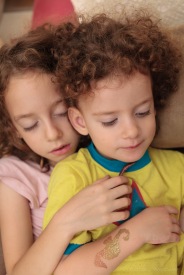 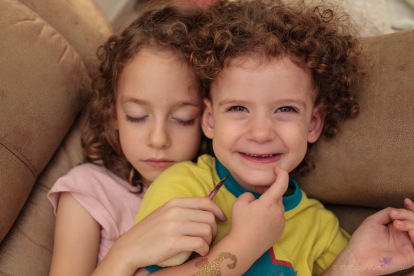